Built at Hampton c 1904 allegedly by Burgoine. Hull rebuilt in 1954 by Eric Jordan and Peter Freebody at Woottens Boatyard, Cookham for J. B. Hickey, Richmond, who also owned Pierrette, Elfin and Rose ODea, and machinery re-fitted, with many original fittings and woodwork. She was re-planked in Teak (Prev. a 'pine')

Winner at various Thames Trad. Rallies of Thames Heritage Cup,Horsham Cleat and Reade Propeller trophies.
Dates are flakey - Anyone who can help with Firebirds' history, please get in touch. 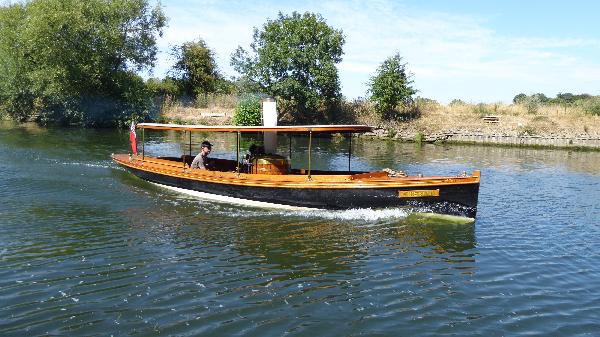 Bolting for the stable at Woottens. Ian Rutter 2018