Built by Ken Wickham, mainly to ‘Wide-A-Wake’ plans published in Model Boats magazine in 1972. Launched on Windermere in 2001. Acquired by Peter McDonald and moved to Gloucester, where the original engine was replaced by a Stuart 6A, and an auxiliary Lynch electric motor was added. Bought by present owner in 2014. Hull refurbished by Steve ‘The Boat Chippy’ at Penarth, and machinery overhauled and ‘Guy’ engine fitted by Penybryn Engineering at Ystrad Mynach in 2015. Steamed in Cardiff Bay in 2016, and re-boilered in 2017. 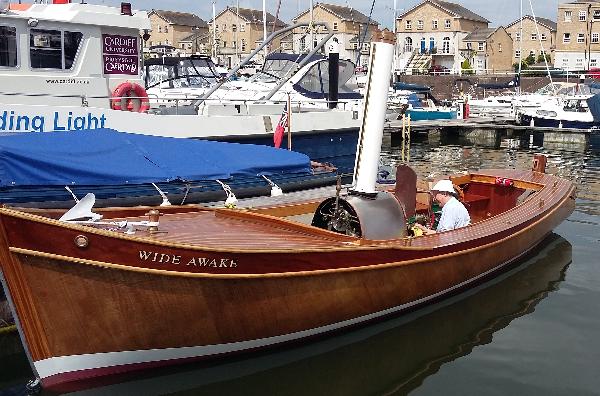