Engine, boiler and fitting out done entirely by owner. Started in 2003 with engine, then boiler. GRP hull moulded 2006. Probably the last hull of this type made by Cygnus Marine before they closed down. Completed 2013, launched May 2014. 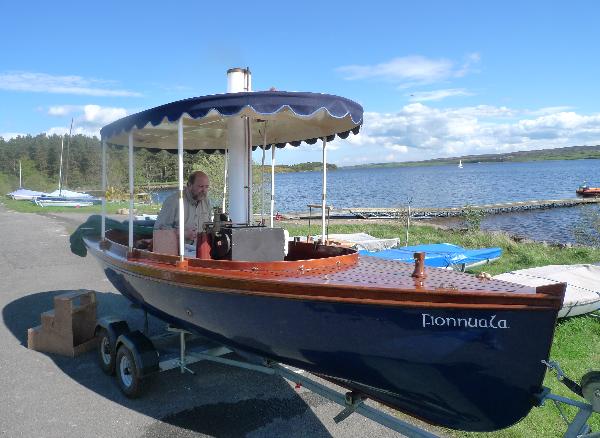 Getting ready for first launch on the Derwent Reservoir