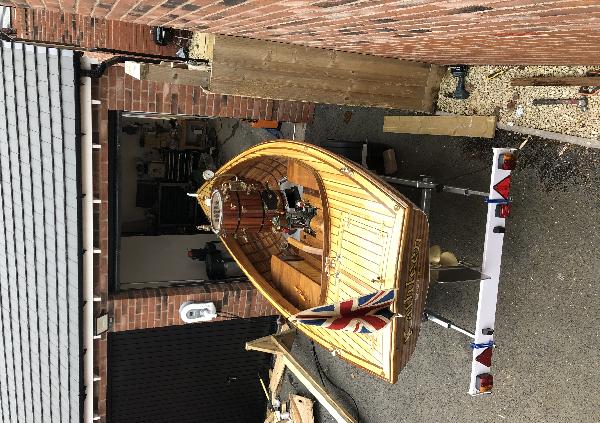 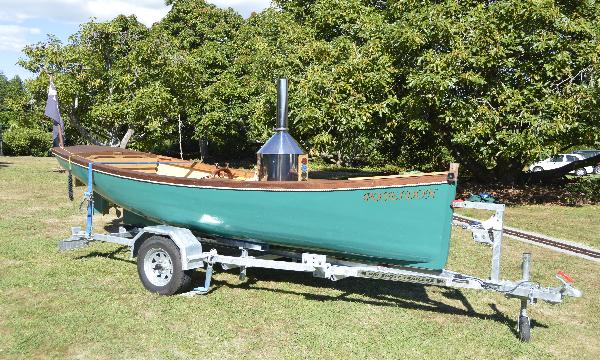 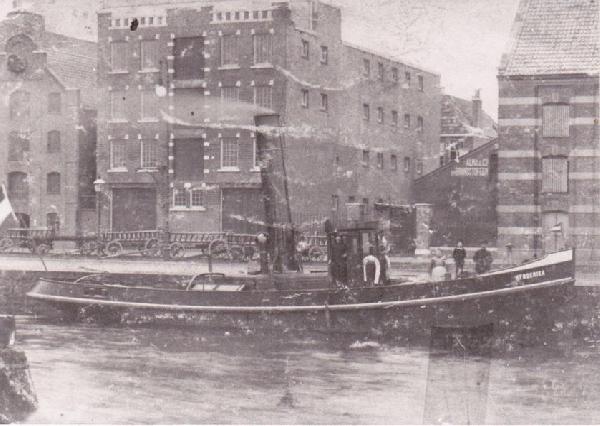 Previously named Albion and before that Mehetabel, now named Ark Royal after a major overhaul and added a canopy 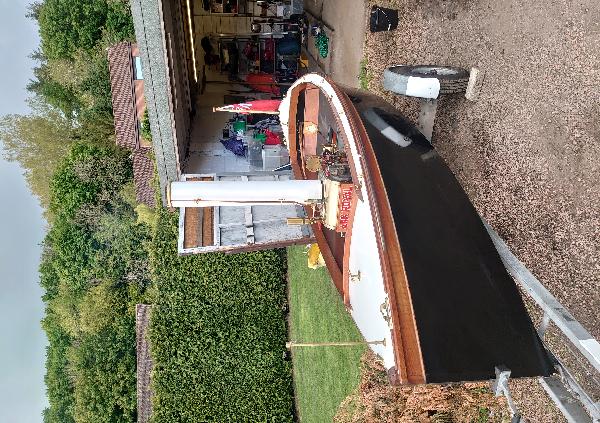 Name "Ben My Chree" means 'Woman of my heart' in Manx. John chose this name as his family hailed from the Isle of Man before emigrating to the US. This name has also adorned the transoms of no less than six ships of the Isle of Man Steam Packet Company. Hull is an enlarged version of Panatela from "Steamboats and Modern Steam Lanuches" Commissioned and fitted out by John York of "York Compound" fame with the very first of his engines. In 1990 he removed the steam machinery and refitted with an antique Hicks 10hp gas engine. The engine, boiler, patterns, and drawings were all subsequently sold. The hull was bought by current owner in 2015. The original boiler was located at a friend's house in California. After much detective work, the original was located in engine in possession of Kent Lacey Connecticut. After much negotiating, and with the kindness and understanding of Mr. Lacey, we were able to purchase original engine and reunite the original machinery once again. In process of refitting all machinery and returning her to the water.

New launch designed and built in the Des Vignes style by owner to suit the historic engine. Traditional three cockpit design with forward seating area, engineers compartment amidships and rear seating area. The engine is a twin high to the designs of G.F.G Des Vignes, thought to be built by the company of Des Vignes, Cloud and Co. (around 1898-1899) due to the all cast -in-one design used by the firm at the time. Formerly fitted in Columbine 1988-97 and Yvette 1977-83 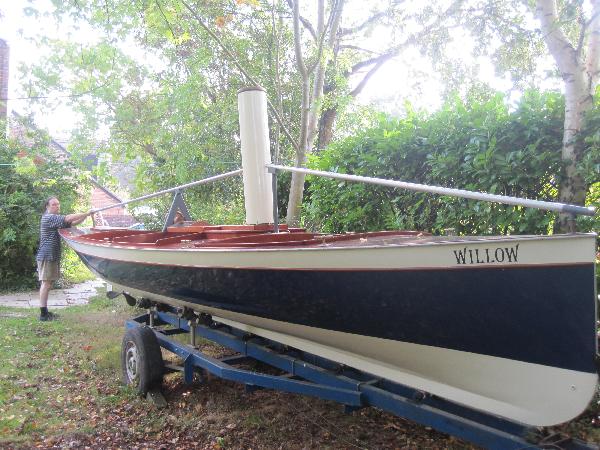 Mary Jane was built as a tender in about 1885 by Guy and Sons of Cowes. Unknown whereabouts until fitted out as a steamer by Arthur Fildes, Windermere. Later owned by L.D. Goldsmith. c1972 N.Cole, Sidmouth. c1977 Anthony Jennings, Falmouth. 1987 to John and Roger Quarmby, laid up 1991-2000. Laid up with unnamed West Sussex owner, then acquired by current owner 2006, laid up since. 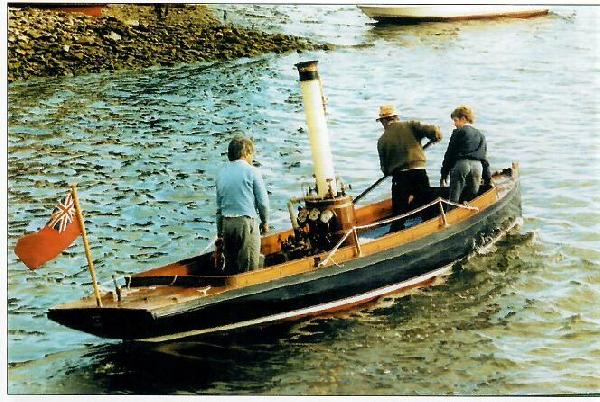 Steam plant removed from Bucephalus Steam Bicycle, it was originally designed to power a Steam Canoe. Mounted on a lift-in bearer, and fitted with a new gas firing system. New piping was made up to suit boat installation, and improvements to fittings were made. Construction was started in April 2020, flotation testing, July 2020, and construction completed in April 2021 pending boiler testing, and commissioning. 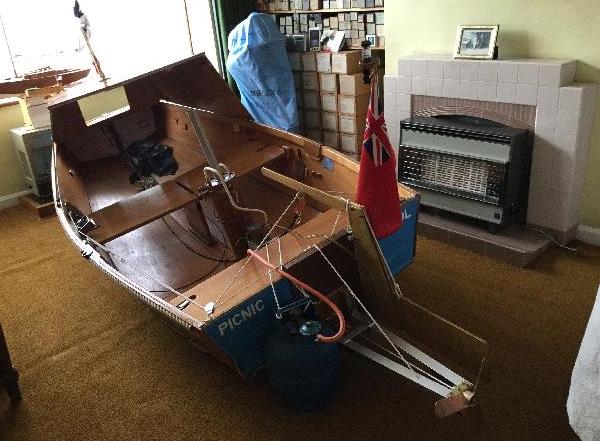 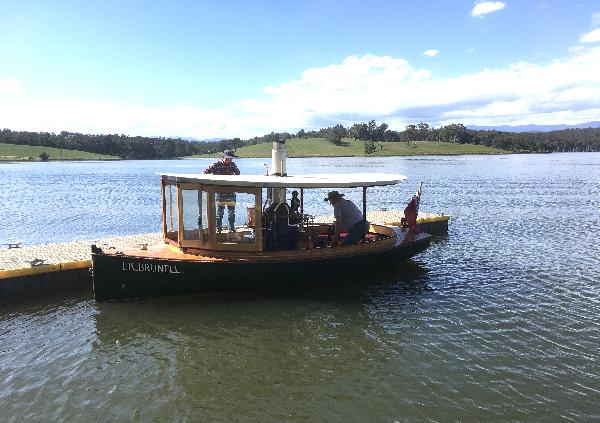 Bought fiberglass hull in 1998 fitted out and launched December 1999 used regularly for outings on Port Hacking , fishing off shore .Has been to Hobart for their wooden boat festival . Steamed on the Murray & Darling rivers and most of the Coastal rivers in NSW. 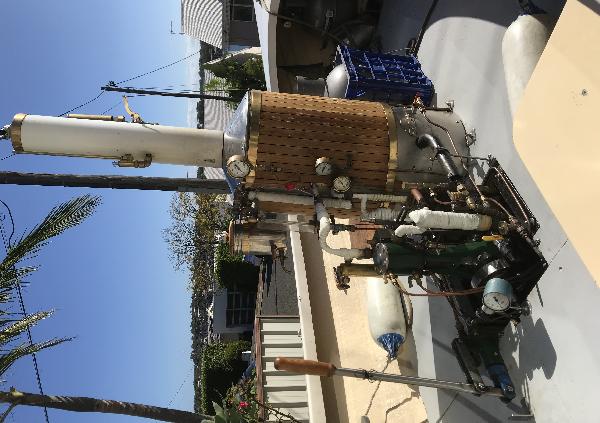 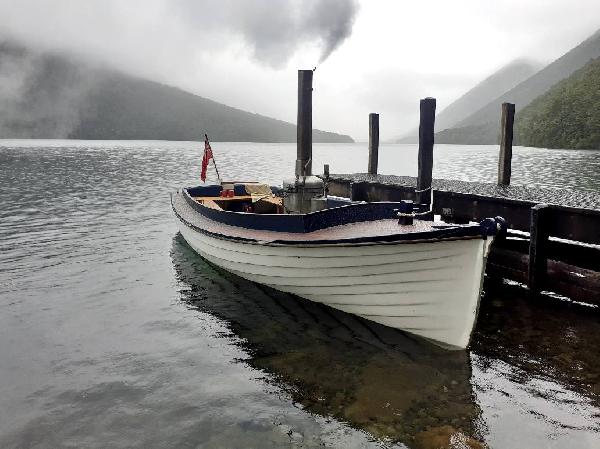 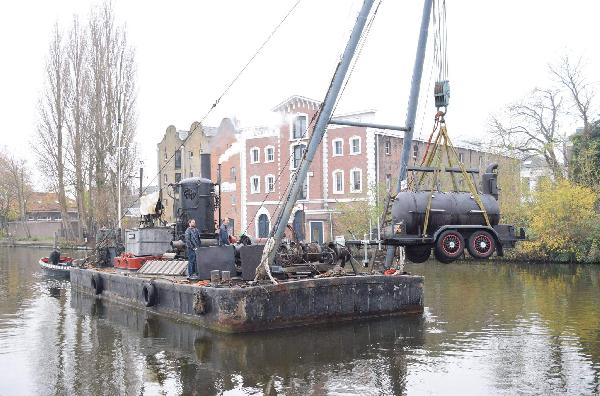 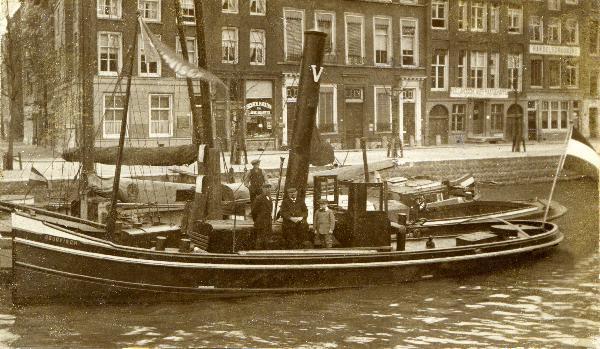 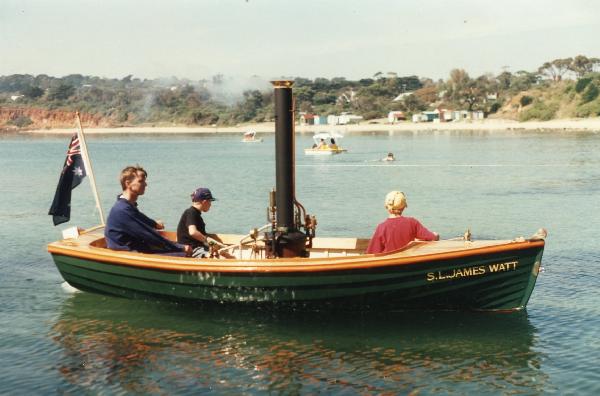