Launched in Attersee 1991, named after the last Empress of Austria and apostolic Queen of Hungary, Zita of Bourbon-Parma (1892-1969), "goodmother" her last daughter Elisabeth Habsburg-Liechtenstein. Visits to Lake Konstanz and Lake Starnberg, there Otto von Habsburg,eldest son of Empress Zita with grandchildren on board. On Austrian alpine lakes the use of petrol fuelled engines is not allowed. therefor the steam operated boat was constructed and used for pleasure cruising of 4 owners. 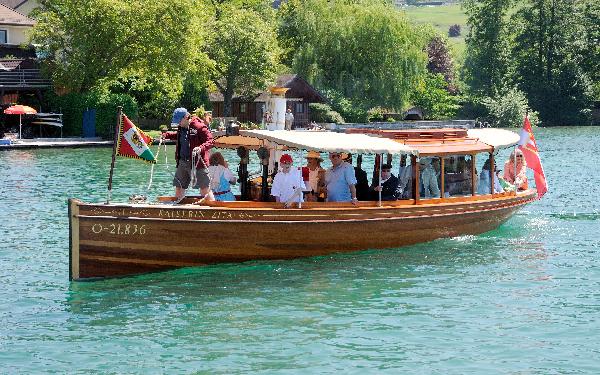 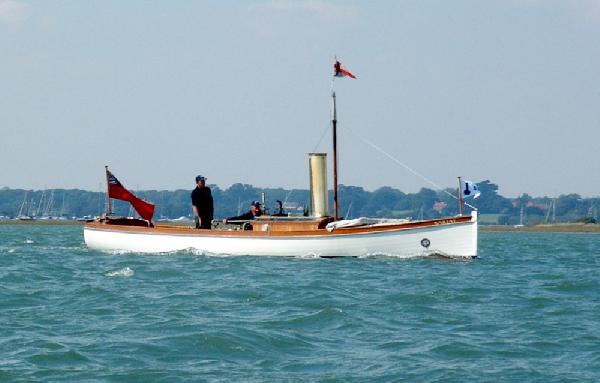 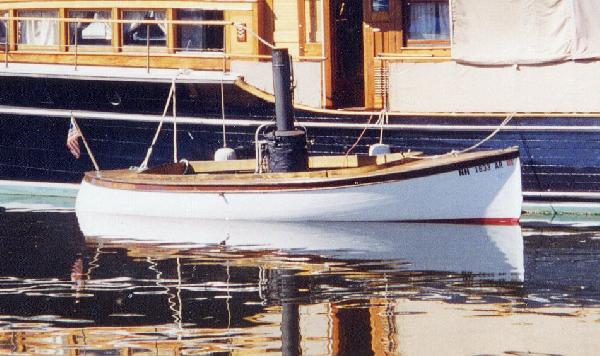 Built and fully fitted out and steam plant installed by owner. Ref: Funnel 100. 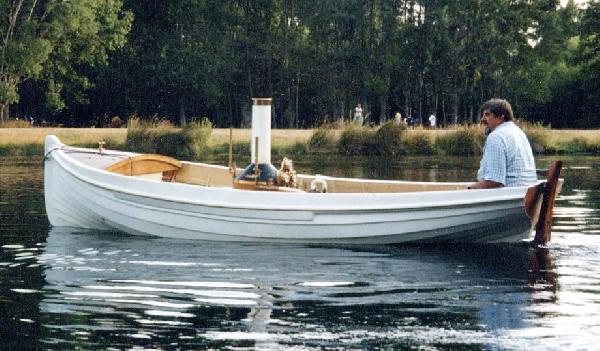 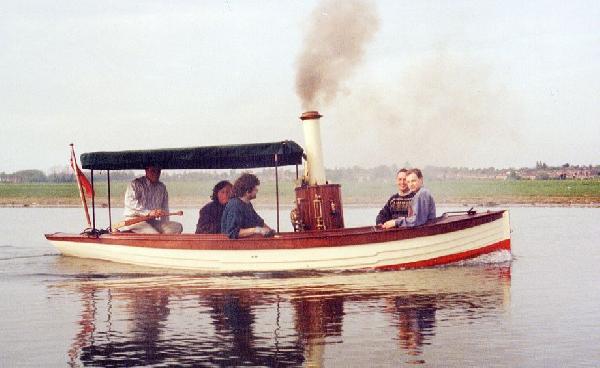 New launch built and steam plant fitted by owner to his own requirements. 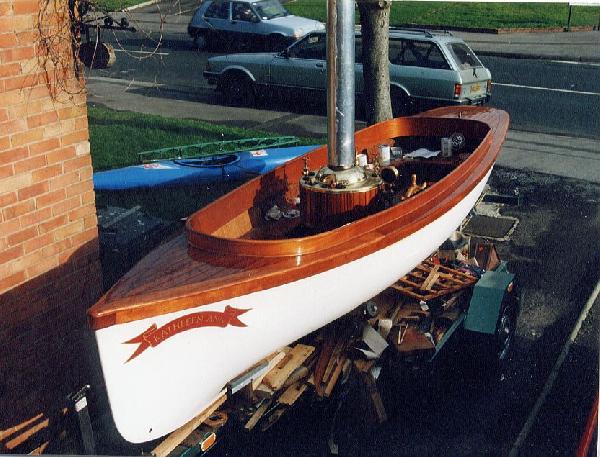 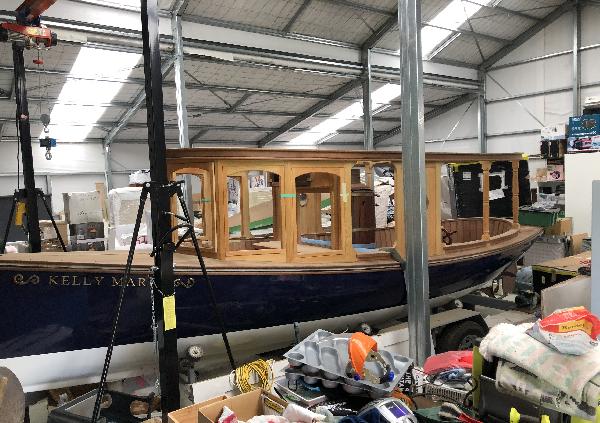 Built 1913 as VIKING. Sold to the Admiralty when new and renamed TERRIER To J.P. Knight, London in 1947 and renamed KERNE. To Straits S.S.Co. Ltd., Liverpool in 1948 and in 1963 to Liverpool Lighterage Co. Acquired for preservation by North Western Steamship Co. Ltd in 1971. Steamed regularly. No 34 in National Historic Ship Collection. Chartered on a long term basis to the Steam Tug Kerne Preservation Society who are responsible for the running and maintenance of Kerne 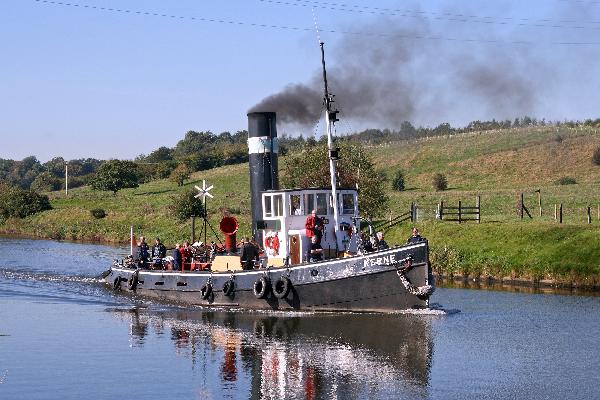 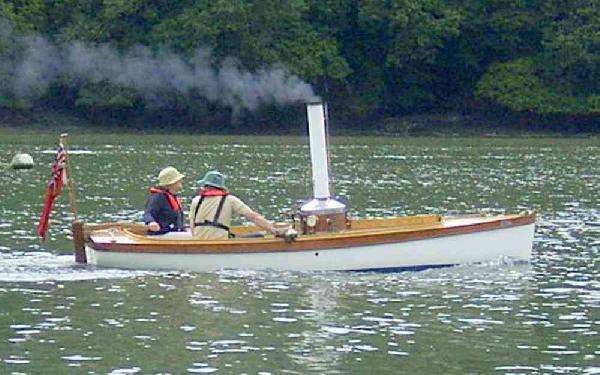 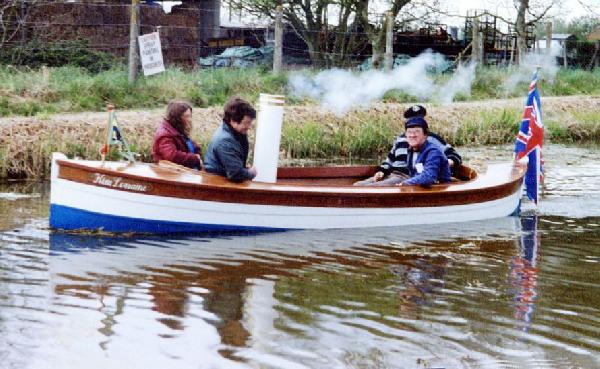 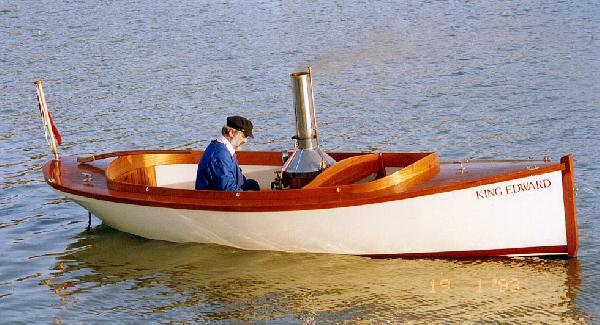 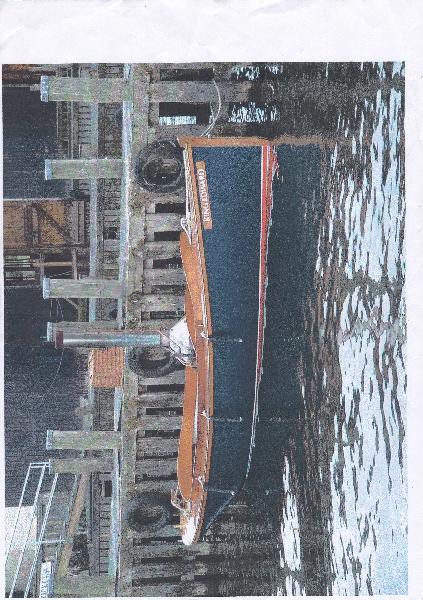 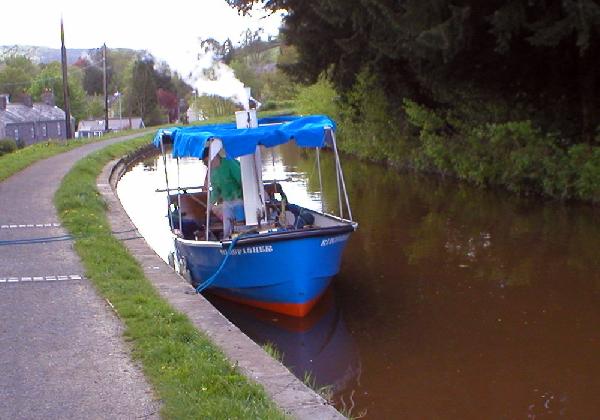 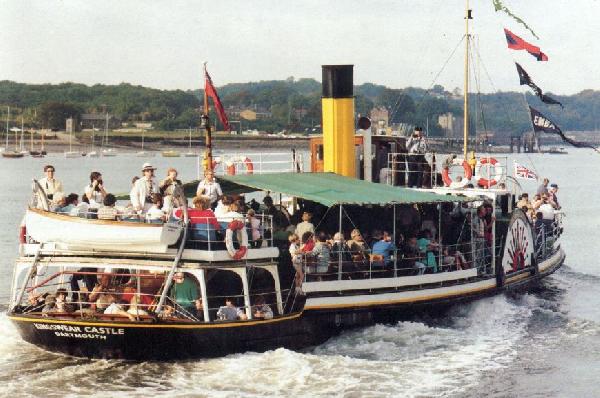 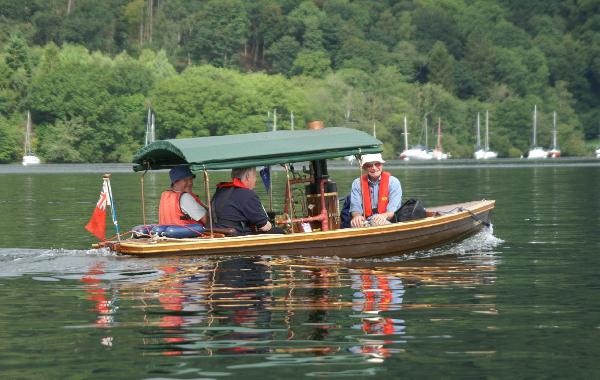 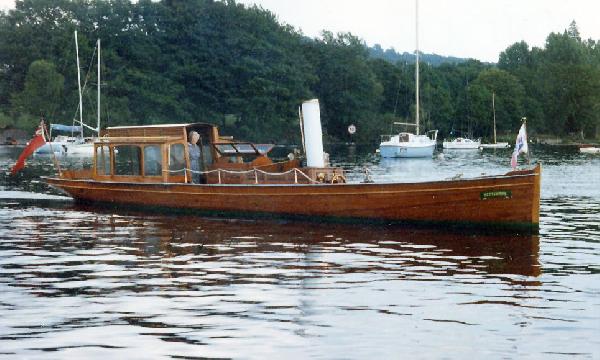 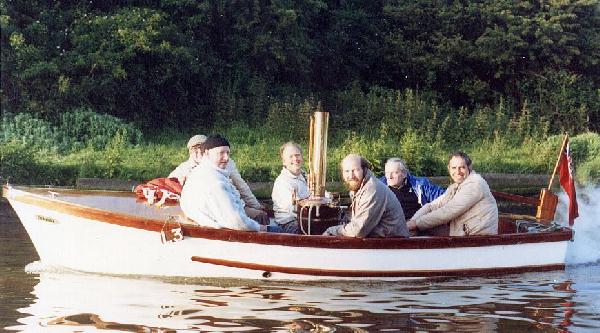 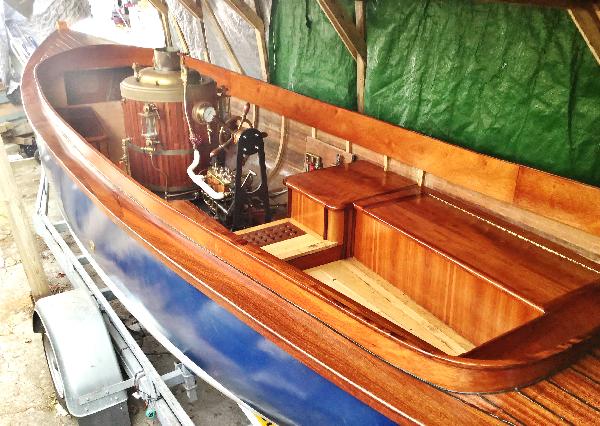 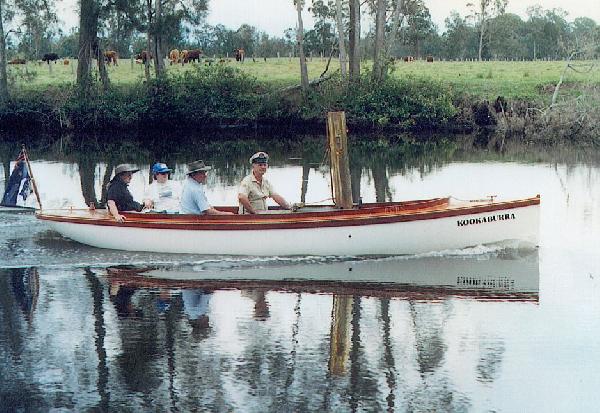 Krakatua is a 28-foot steam launch built over a period of time and launched in 1985. The vessel was built around an antique compound steam engine by A.G. Munford, Ltd., 1887c. The vessel was named for the volcano that erupted in Indonesia in the same year. The fiberglass hull was built by Eclipse Company in Preston, Maryland by Jonathan T. McClain in 1980. It was then finished by Rich Boatyard in Bass Harbor, Maine in clear ash with quarter saw fir decks and cockpit soul. The deck hardware was custom made by G.D. Smith in Victoria, Australia. She is 28 feet long, 8 feet beam, and 2-½ feet draft. The vessel cruises quite easily at 7-1/4 knots. The steam engine is a compound surface condensing engine built by A.G. Munford, Ltd. in England. The pistons diameters are 2 ½ inches x 5 inches x 4-inch stroke. The engine was completely rebuilt by Peter Freebody and Company in England. For safety the boiler can be fed through three separate independent systems; mechanical pumps driven off the engine, Penberthy injector, and hand operated pressure pump. After the steam is exhausted it passes through an external bronze condenser manufactured by Walter’s Clean-Flow Keel Coolers. The condensent then goes to a hot well where the steam oil is separated out. The feed water is recycled so the makeup tank is only about 25 gallons. The Semple vertical fire tube boiler (FT 80) is completely wood and brass jacketed. It is equipped with tri-coxes and water level sight glass. The design strength is two thousand psi with an operating pressure of 150 pounds psi. The boiler has been fired with coal but could be fired with charcoal, wood, etc. It is also equipped with a blower and a super heating coil. The boiler holds 35 gallons up to the top of the sight glass. The vessel is equipped with a gusher bilge pump and a steam ejector for pumping the bilge. Steering is hydraulic with a wheel mounted on the starboard side. 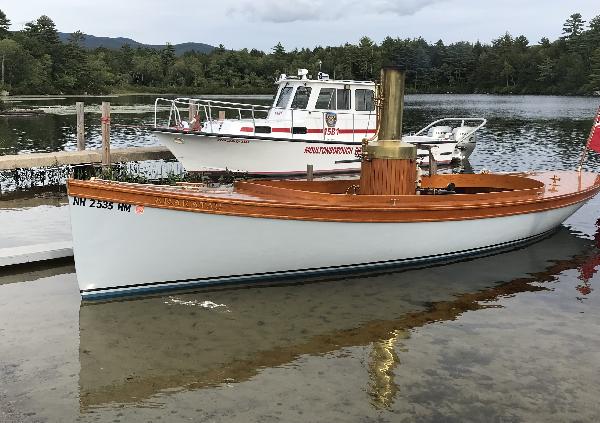